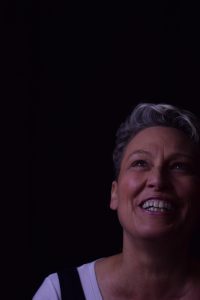 The life of writer and performer Ann Brown began to transform in 2009 when she received the best piece of advice she had ever been given. That one piece of advice changed her from fearful to fearless and led to her becoming an actor, a published writer and a playwright, backed by Arts Council England and National Lottery Funding.

Her play, Green Door, received outstanding reviews during development performances in 2018 and is now a fully realised and hotly anticipated piece of work.

Coming to venues in the north west early 2020 and passing that transformational piece of advice on to you too. 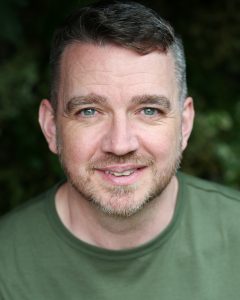 Daniel Brennan has over 30 years experience of working in theatre, starting at the Actors’ Workshop in his home town, Halifax. Moving to London, he trained at a repertory theatre company in Whitechapel, as well as a summer at the Viola Spolin Theatreworks in Wisconsin, USA.
A brief spell as a working actor soon turned into teaching and directing, where his passion for making theatre for everyone took hold. Motivated by the desire to give a platform for undiscovered talent and to bring new audiences to the theatre, he established the Off Cut Festival which ran for five years in London at The Old Red Lion, Riverside Studios and Theatre 503. The festival was relaunched in 2019 at 53Two in Manchester.
He also established his own drama school, Actorworks, which ran for seven years in Wapping, London. The school offered full-time training to people who had followed other careers, but had reached a stage in their lives where they wanted to pursue an acting career. After 27 years in London, he moved to Manchester in 2017, where he still teaches and directs, whilst pursuing a renewed interest in his own acting career.

This website uses cookies to improve your experience while you navigate through the website. Out of these cookies, the cookies that are categorized as necessary are stored on your browser as they are essential for the working of basic functionalities of the website. We also use third-party cookies that help us analyze and understand how you use this website. These cookies will be stored in your browser only with your consent. You also have the option to opt-out of these cookies. But opting out of some of these cookies may have an effect on your browsing experience.
Necessary Always Enabled
Necessary cookies are absolutely essential for the website to function properly. This category only includes cookies that ensures basic functionalities and security features of the website. These cookies do not store any personal information.
Non-necessary
Any cookies that may not be particularly necessary for the website to function and is used specifically to collect user personal data via analytics, ads, other embedded contents are termed as non-necessary cookies. It is mandatory to procure user consent prior to running these cookies on your website.
SAVE & ACCEPT